'The life expectancy of a transgender person being 35 years you deal with death differently.' Featured 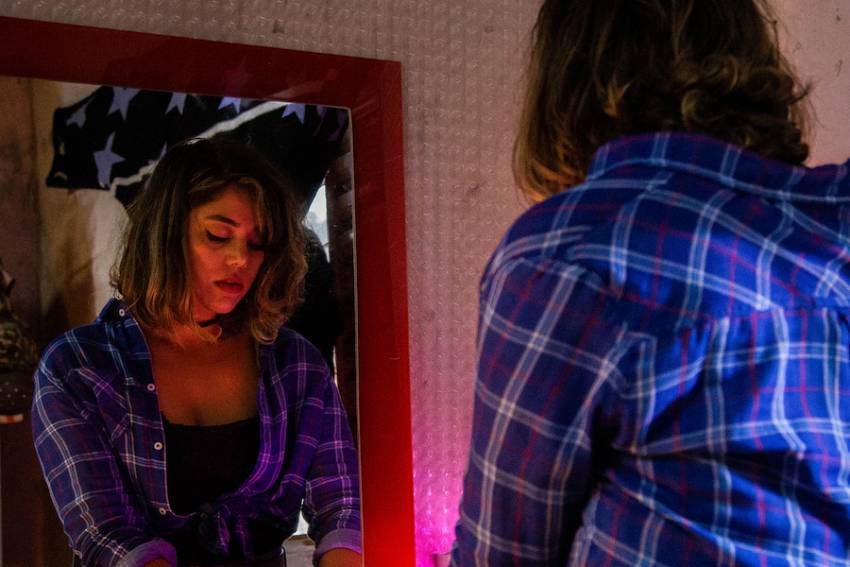 The International Film Festival Rotterdam is celebrating its 50th anniversary! As before GayRotterdam is your guide to the most interesting LGBTQ+ related films at the IFFR. One of those films is ‘Madalena’ by Brazilian director Madiano Marcheti. Seeing and reviewing this film gave us the chance to explore Brazilian culture and talk to Marcheti about his experience making the film and his approach to telling the stories of Brazil’s trans people.

The film tells the story of Madalena, a transgender Brazilian woman, who was brutally murdered and found lifeless in a swaying soya field. Madalena’s story, however, is just one  representation of the numerous victims to trans violence in a country known to have one of the highest index of trans murders in the world.  This kind of violence is common in what seems to be an easy going and idyllic setting – Mato Grosso do Sul, located in the rural midwest of Brazil. The film brilliantly captures the contrast and is a cultural masterclass. I had the chance to interview Madiano Marcheti regarding this film.

'this place is not only a landscape from this movie but also a character of it.'

How was it for you to write and direct Madalena?

‘It was incredible, I started thinking about the idea of my first full-length movie 5 or 6 years ago.  I thought I wanted to write something about where I come from, the place is not only a landscape but also a character.

On the other hand, I’m a gay person living in this region and I wanted to tell the experience of someone that just don’t feel like they belong to the norm of standard of this society. In fact, this place is underrepresented in the movie scenarios of Brazil and I wanted to tell people exactly how it is to live in the midwest of Brazil.’

How was this process of searching for actors in the midwest of Brazil and being able to invest money in this region?

‘Most of the actors came from Mato Grosso do Sul and many of them had no previous experience acting. We worked with different types of people, some with a lot of acting experience, dance experience and even some with no experience. When it came to the transgender characters, we scouted the region to identify transgender people and found a group of transgender women that were willing to be part of the movie. Of course, we had auditions for many roles of this movie, but given that most trans women who responded to our casting calls had no previous acting experience, we did not follow a conventional casting test for them.

After this, we started workshops with all of them for several weeks where they would simply learn how to act. I was always listening to everything that these girls had to say and with the workshop we could understand who would be interesting to be each individual character in this story. The movie is far from a documentary, but during the workshops these girls would tell us their real-life stories and this truly helped to freshen-up the script of the movie, which changed completely after this.’

When thinking about transgender movies in the past, we would constantly see straight actors portraying these characters. It’s really interesting that your movie opens doors for Trans women to be able to act and follow their dreams. Are these women still acting nowadays and being part of other movies?

‘The situation in Brazil was really complicated in the past 2 years, many things that I wanted to do never happened in the cinema or theater. We are suffering a massive attack against culture by the government. The president sees the cultural sector as their biggest enemy and has a project of scrapping any sort of support for cinema or theater in Brazil. Any movie that is LGBTQ+ related is already considered outrageous by everyone that supports this government. However, we are here to fight and movies like Madalena are a counterpoint for all the cruelty represented by the president.

Some of the girls are still working in the movie industry with productions and styling, but not really acting by now. One of the girls is studying theater arts, another one works with cultural production and the protagonist is diving deep into the Drag world by working on a project of Drag Race Mato Grosso do Sul.’

'I hope we support each other, that gays and lesbians truly see themselves as allies for transgender and non binary people. I also hope that as society we can open our eyes and be more empathetic towards LGBTQ+ people, specially to transgender people that are so marginalized in this group.'

5 years ago you started working on this movie because Brazil is the country that kills the biggest number of Transgender people in the world. Here we are in 2021 and Brazil keeps on killing more and more trans people year by year. In the movie you truly showed how dying in Brazil became so naturalized, unimportant to the point that people share pictures of dead people in a normal conversation. How was it for you to portrait this reality during the movie?

‘This is an element of the movie that was extremely important to me. This movie tries to cause a debate on the empathic crisis that we are living in Brazil. It is not something new, this is something cultural and historic. However, in the last few years this reality is getting even worse due to all these political polarization. People are losing the capacity to put themselves in someone else’s position, understand and feel their pain.

How would you react when you see the picture of someone that is dead? This is exactly the question that the movie wants to bring to the spectator. Someone just died and it is a transgender person, how would you react? The movie represents how each of these 3 main characters react to the death of Madalena.

You told me that when writing this movie it was crucial to talk with transgender people in order to understand their story. But how was the experience of actually being able to write this movie in collaboration with them and with the other people in your team?

‘It was a really long process, it all started with me willing to write about this place. Second, I needed someone that was trans in order to write about their perception and I had the consultancy of an incredible trans writer called Helena Vieira. She helped us with inputs, because besides the research I truly wanted to have a real conversation with trans people and know exactly what should be in this movie.

Something really remarkable that happened during this writing process was the moment I was touching on the topic on how transgender people react to death. Helena told me I was writing about the grief with a cis gender perspective. She raised the important subject that the life expectancy of a transgender person in Brazil is 35 years old and they deal with death in a completely different way due to this fact. This was only one of the many things I learned with her.’

I would like to know what you expect for the future of the LGBTQ+ community in Brazil?

‘It’s such a hard moment right now, but I hope that we are going to be stronger and stronger even with this current conservative wave that we are dealing with right now. I hope we support each other, that gays and lesbians truly see themselves as allies for transgender and non-binary people. I also hope that as society we can open our eyes and be more empathetic towards LGBTQ+ people, specially to transgender people that are so marginalized in this group.’

Madalena can be watched on demand until saturday february 6. More information and tickets. 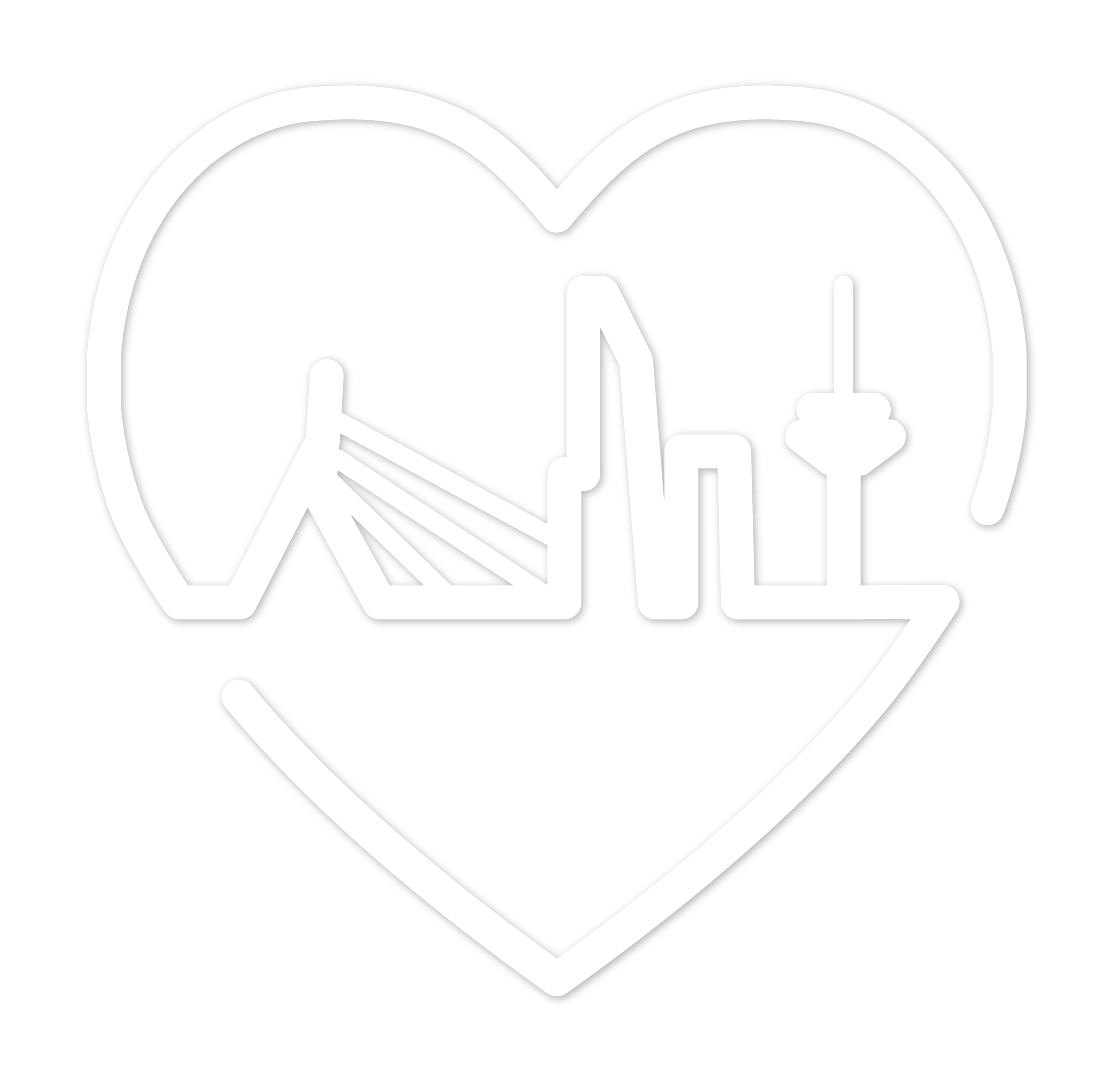